Amos Guiora is the Author at Armies of Enablers: Survivor Stories of Complicity and Betrayal in Sexual Assaults.

Where the one who commits or has committed a criminal act such as sexual assaults is the perpetrator, what’s the role and responsibility of bystanders of these acts? How are bystanders that failed to protect the assaulted person while being in a position to do so, now criminalized in the State of Utah? How about the enablers? And, what about digital platform and other intermediaries in the Digital Age that accept and share those posts? Are they enablers as well? Said otherwise, who is who, in the Digital space? Where legislation generally is geographically specific, how to expand to digital, or otherwise include the digital ecosystems? What is the extent of harm that is caused by such bystanders to such survivor? How to assess the harm a sexual assault enabler causes? Amos is requesting the help of the audience with finding empirical data sets. Good news already, that occurred after the Dialogue, is that we have been able to liaise him with Joelle Casteix of the Zero Abuse Project; connect, collaborate and co-create. 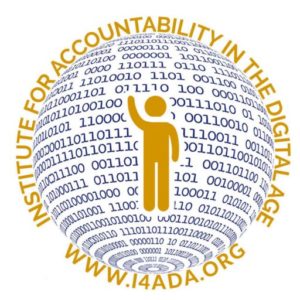 on Accountability in the Digital Age, a series of conversations hosted by I4ADA.

Or listen as a podcast via anchor.fm